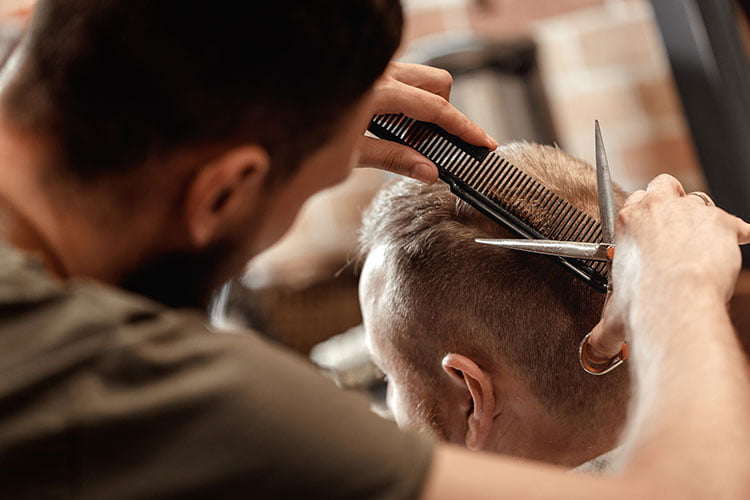 Here Are 8 Popular Hairstyles for Men in 2019

Alright, guys—If you’ve been rocking the same haircut for the last 3 or 4 years, you’re long overdue for a new style. But first, do your research. Do you know what haircuts are popular for men in 2019?

At the Student Beauty Services Clinics at IBMC College, we often see men who want a fresh new hairstyle, but aren’t sure if it’s a good idea. Our knowledgeable student Barbers are trained to offer great advice—but if you need some solid suggestions right now, we’ve got you covered. Here are 8 popular hairstyles for guys to get this year:

The crew cut is a low-maintenance style that first gained popularity among Ivy League university crew teams in the 1920s. Shorter on the sides (usually tapered) and longer on top, it exudes athleticism and confidence. Because it’s such a short cut, it’s often not necessary to style it. Still, you can always add a small amount of gel and push the front of your hair upward.

The pompadour is a classic sleek cut that’s worn short on the sides with the front and top swept backward. Believe it or not, the style was mostly worn by women until it was popularized by the “King of Rock and Roll” Elvis Presley in the 1950s. In 2019, the pomp is still going strong—especially among musicians. If your face is on the rounder side, the cut should suit you especially well.

A lot more guys are going for a laid back look this year. The bro flow is named for its popularity among young men who play lacrosse, sometimes referred to as “lax bros.” As the name suggests, the style is long, flowy, and often a little messy looking. Shoulder length locks can sometimes produce awkward hair days, but it looks great with a ball cap or beanie—if that’s your thing.

There are a ton of variations on the versatile fade haircut, and that’s what makes it such a popular one for men in 2019. Generally, it’s a drastic tapering from short on the back and sides to any length on the top. Because different Barbers will have different ideas of how a fade should look, it’s important to be specific about what you want. Depending on where you’d like the taper, you’ll want to specify a low, “mid” or high fade haircut.

No romaine lettuce, parmesan cheese or croutons here. We’re talking about the haircut the Roman Emperor Caesar Tiberius famously sported. The style features a short, mostly-uniform cut with a fringe above the brow. It’s a low-maintenance look that requires little to no styling. While not all guys can pull of this non-traditional haircut, it can help you confidently stand apart from your peers.

Inspiration can come from anywhere, including movies and TV. The half-up style is worn by Game of Thrones actor Kit Harington and others in the hit HBO series Game of Thrones—which likely plays a part in the style’s recent popularity. As more men choose to sport longer hair, it’s nice to have style that can stay out of your face while showing off length. To wear this style, you’ll need hair that goes at least past your jawline.

The French crop is a classic hairstyle that has seen a resurgence of popularity in recent years. It’s a great cut for the guy looking for a modern, understated look. It includes a longer fringe than the Caesar haircut, and often a taper fade or undercut with medium-short hair on top. The French crop is another easy-to-style haircut for men since it looks great with just a small amount of product to get a desirably messy look.

Always a classic, the buzz cut is a well-known minimalist haircut that’s popular among members of the military. While it’s more of a utilitarian hairstyle choice for them, it’s become a stylish option for any guy—especially those who are interested in cutting their own hair. It’s also a great style for keeping your head cool in the summer.

Find Your Barber at IBMC College

IBMC College’s student Barbers are professionally trained, personable and affordable. They’re even able to suggest a fresh new hairstyle based on your facial structure, personality and unique preferences. Visit one of IBMC College’s Student Beauty Services Clinics to update that boring old haircut.

Could Barbering be the Right Career for You?

Are you a creative, social person with an interest in hair and men’s grooming? Check out IBMC College’s Barbering program for yourself. IBMC College students get the hands-on training needed to graduate and begin working as confident, professional Barbers in Colorado. Visit your local campus in Fort Collins, Longmont or Greeley, or call 800-495-2669 to learn more today. 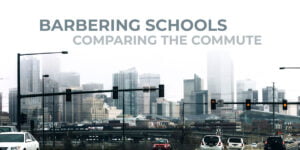 The Benefits of a Cosmetology Diploma Over an Esthetician Certificate