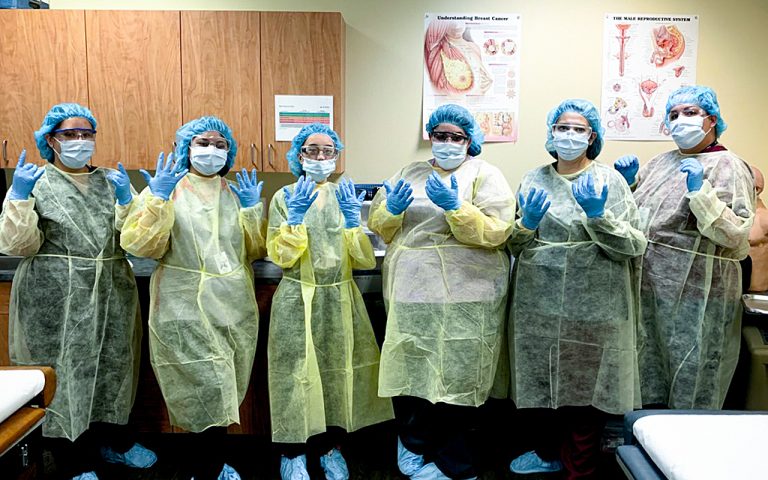 Why I Chose Medical Assisting over Nursing and Certified Nursing Assistant

The chance to go to college felt out of my league.

A married 24-year-old with two beautiful little girls and living back with my parents. My husband lost his job and was still unemployed. Most nights before bed, my troubled mind could not stop spinning. It did not matter how many ways I tried to map out a better future, one thing was for certain, my husband or I should have finished college.

Countless hours of job hunting online was tiresome. I knew that working minimum wage was a quick solution, but I could never make much more without having a college education.

It seems that the more a job pays without some type of certification, the harder the labor and the worse the work hours were. I wanted a job to be a place I could be proud of and maybe have a chance to become something more.

Once again, guilt screamed my name for not having gone to college.

I became curious… was it possible for a mom like me to go to college, now?

What type of programs would start me off in a growing career? What was the fastest way to get started?  What kind of hours would I be working and would it be worth the pay?

I heard nursing was a dependable career with great pay, so I started there.

In the toolbar of my mom’s laptop, I searched, top rated nursing schools near me. I saw several ads and several nursing schools nearby. Who knew you could go to school online for nursing? I knew myself well enough to know that online schooling was not for me. Either way, that was not the best option for me. I needed somebody to answer my questions when I got stuck or to tell me if I was learning the skills right.

Although there were a few options nearby to enroll in a nursing program, I was discouraged to see that it would take a couple of years to become a working nurse. The whole rn vs bsn debate and which route to choose was still very much on my mind, I was not clear on my choice yet. Not to mention daycare, time and expense so that I could attend school.

Suddenly, I questioned if this was a good idea.

My friend was a Certified Nurse Assistant, but I didn’t like the shifts that she worked. She explained to me that sometimes she struggled lifting and bathing patients. She didn’t mind assisting most of the nurses that she worked with and she felt good about making sure the residents took their medication. Her favorite part of being a CNA was taking vitals because she felt it was something she could do on her own that was important.

I remember two years ago my friend became a CNA within a matter of weeks. I also remembered she was currently looking to go back to school for medical assisting. After two years she found the work of a CNA was rewarding but very hard on her body. She found out that Medical Assistants worked clinic hours, received better pay and it was easier on her body physically.

I became curious as to what I might be doing as a medical assistant. Here’s what I found:

At first, I was not sure if I could see myself doing some of these things. One campus mentioned:

“With a hands-on, career-driven curriculum, you’ll have the confidence to apply your skills in a healthcare setting — right after graduation.”- IBMC College. I figured that with hands-on learning I could do the work.

Not to mention, it was a 10 month program and in addition to day classes they offered night classes as well. It seemed like this was the real possibility of me going back to school.

Talking to my mother over some coffee one morning, I told her that I was going to become a Medical Assistant and how it would benefit our lives. I told her about how nursing was a wonderful career but that it would take too long and that it would be too difficult to look after the family and complete school. Then we talked about CNA’s. Even though it’s the quickest route to get working, the labor and shifts would eventually wear me down.

Considering all three options, it’s hard not to go into medical assisting. The hours are better and the certification could be finished in as little as 10 months. Not to mention the option of night school.

My mother said medical assisting was the best option and the fastest route to stability for myself and my family. A wise choice has been made and my support was there. All options had been weighed, now it is up to me to act on it.

Brissa Childers is an IBMC Medical Assisting Instructor, and a contributor to the IBMC blog. Come back often to read more about Brissa’s experiences!

How to Become a Medical Assistant 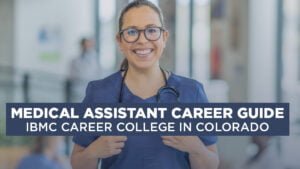